Who feeds the fish that feed the world? Ask Damian Moran

Fish farming is all very well – but who feeds the fish that feed the world?

Sourcing and distributing fishmeal is one of the biggest challenges for the growing aquaculture industry. Fishmeal depends on wild-caught fish, potentially depleting stocks, and is the largest contributor to the industry’s GHG emissions.

Plant and Food’s Damian Moran is one of a number of Kiwi scientists pioneering novel approaches to solving the conundrum.

Growing up surfing, diving and life-saving on Auckland’s West Coast beaches, Damian fostered a strong connection with the sea. “I’ve always loved fish. They are such a diverse and beautiful branch of life”, he says.

Damian studied marine science, specialising in fish digestion and metabolism, at university and pursued his research interests in Denmark and Sweden. He joined Plant & Food Research in Nelson in 2016 to work on the Precision Seafood Harvesting programme (PSH), a new type of harvesting concept that allows fish to swim in a fabric tube during the catch, to minimise damage from other fish and equipment.

Recently Damian has been exploring the world of aquafeeds (diets for aquatic animals). “Fish are very different creatures to feed and grow compared with the land animals we are more familiar with. Fish larvae are small, like free-living embryos, and eat things the size of dust, whereas adult fish are often 100,000 times heavier.”

Damian describes the challenge as the equivalent of trying to feed everything from an ant to an elephant. “Many larval fish, for example, are micro-predators that want to hunt for their prey. There is a whole industry working on growing live prey for these micro-predators.”

Damian’s research is trying to understand what makes these tiny creatures want to attack something, so that the scientists can figure out how to manufacture micro-particles that these larval fish will want to eat. “It’s on the cutting edge of food technology.”

A challenge to growing the aquaculture industry in Aotearoa is finding a way to supply the raw materials to feed the fish. “We need to develop low footprint diets that fit the New Zealand context and figure out how to grow the supply of ingredients to make aquafeeds. We can’t increase the harvest of wild fish to convert to aquafeeds; there’s simply not going to be enough fish in the sea”, says Damian.

Aquafeeds are often comprised of a mix of ingredients sourced from around the world. “At some point, consumers will want to know in detail where feed ingredients come from. And there are plenty of current ingredients that present a moral conundrum, whether it’s the harvest of wild populations of krill and small bait fish or the use of plant products that could be directly consumed by humans.”

“At Plant & Food Research we are able to look a bit further ahead, which is great. As a nation, we need to think beyond just selling the top of the food pyramid. If we want to gain control over our sustainability credentials and sell consumers the taste of Aotearoa, we need to move beyond importing feeds. Having aquafeeds that originate in New Zealand, and are produced with a story worth telling, will create a point of difference for our industries.”

As Direction Leader for the Ngā Tai Hōhonu research platform, Damian can see an integral role for Māori in leading the growth of open ocean aquaculture in New Zealand. “Historically Māori have been world leaders in fisheries technologies and in utilising open ocean environments for food and travel. They have an inherent connection with the sea. Many iwi rohe extend into coastal areas – regions that could utilise the types of mobile open ocean production technologies and strategies we want to develop. I imagine a future where moana will become a central focus for food production, carbon storage and the derivation of wellbeing for the nation and the world.”

Aquafeed delivery will be a key element determining the success and profitability of open ocean aquaculture in Aotearoa. Damian hopes science might one day revolutionise current practices. “A large part of the carbon footprint and operating costs for aquaculture comes from transporting and distributing feed out to the fish. Imagine if we could replace dry pellets with diets that could be stored underwater? And what if we could store enough feed for an entire two-year grow-out cycle? Could we develop technology that enables fish to retrieve feed themselves? Solving these types of logistical challenges would revolutionise how we produce fish; aquaculture systems would no longer need to be at the surface of the sea”, says Damian.

“I like the link between the land and the sea. One of the best ways we can help to alleviate pressure on the land is to move some of our production to the sea. It’s about changing how we make and consume protein. I really like being part of that big picture.” 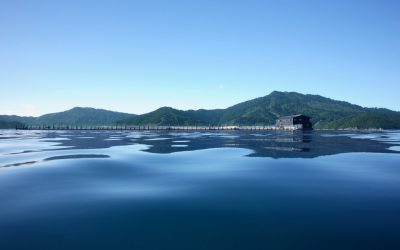 Farming the fishes for the dishes: how sustainable is aquaculture?

In part 3 of a whistle-stop tour through sustainable seafood, Vincent stops to check in on the fish farmers This… 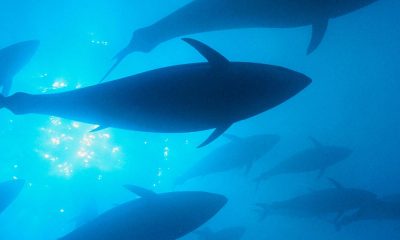 In the second of an ongoing series, Vincent ponders whether tuna should make it to his plate Cats love tuna.… 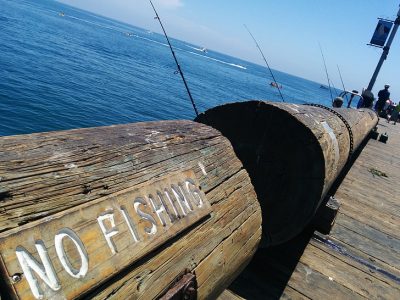 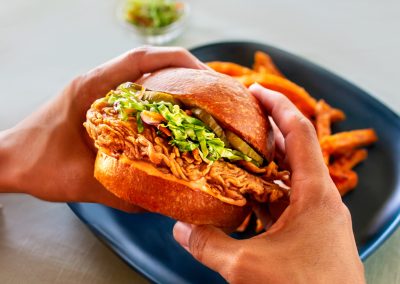 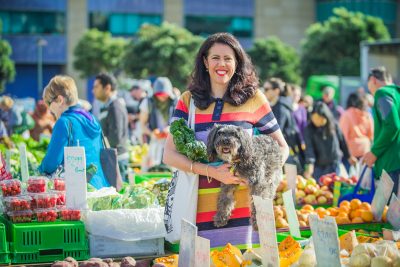 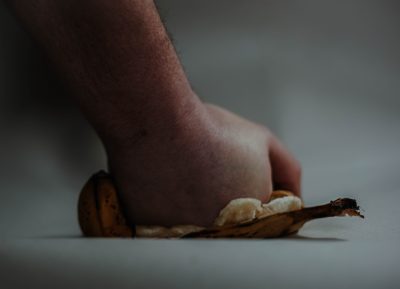 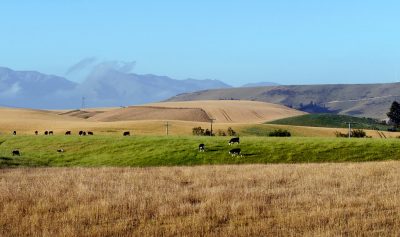 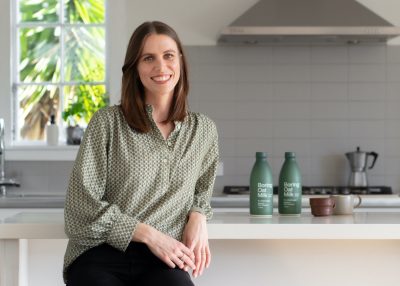 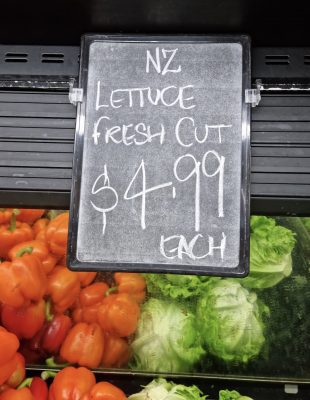