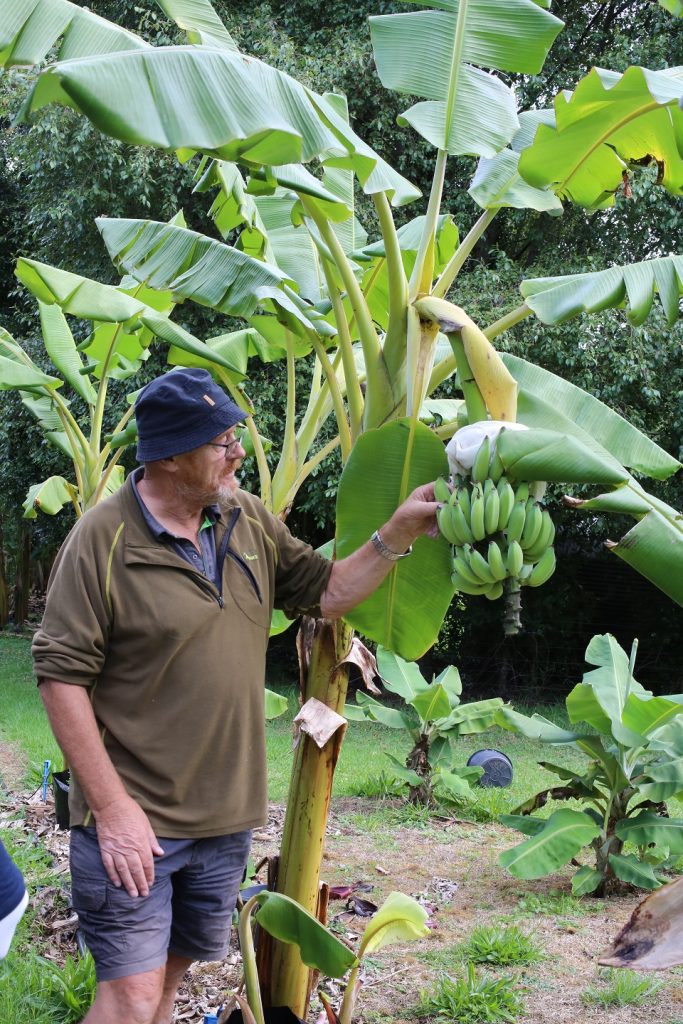 Words and images by Vicki Ravlich-Horan “This is my retirement fund, minus the ‘d’,” quips Hugh Rose as he shows us around his 40ha property near Parua Bay on Northland’s east coast. Hugh is the president of Tropical Fruit Growers of NZ, and here in this tropical wonderland he grows everything from lotus root to […] 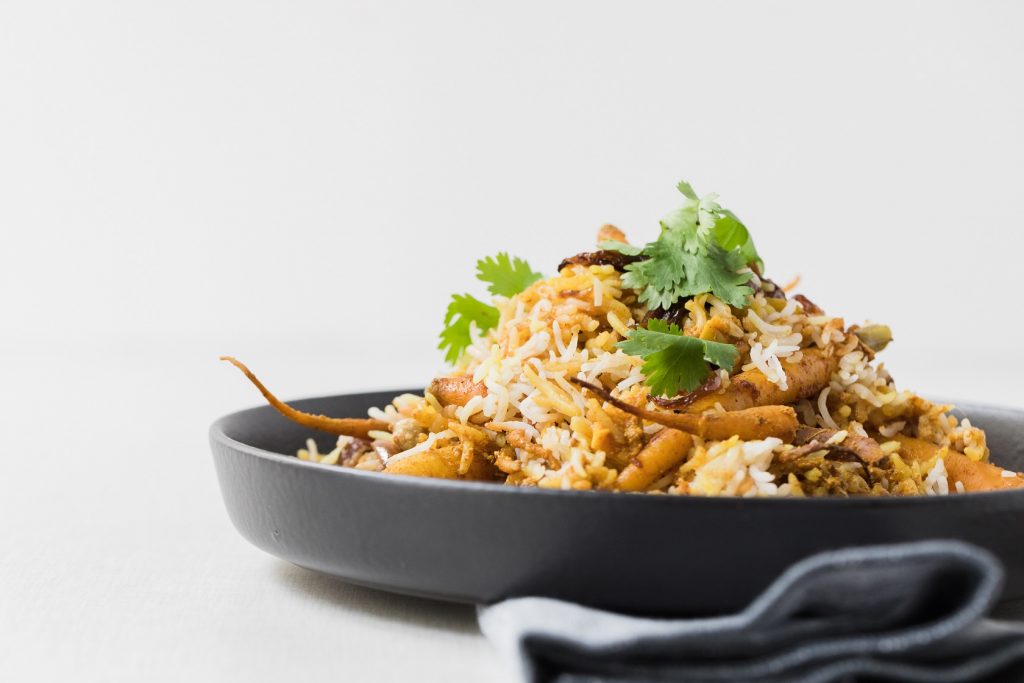 When researching for this recipe I was surprised to find that a vegetable biryani is not common. I found this surprising because when I backpacked through Rajasthan (nearly 20 years ago!) this was my staple dinner. Much of Rajasthan is vegetarian but the real reason I enjoyed a regular biryani was because this tasty dish […] 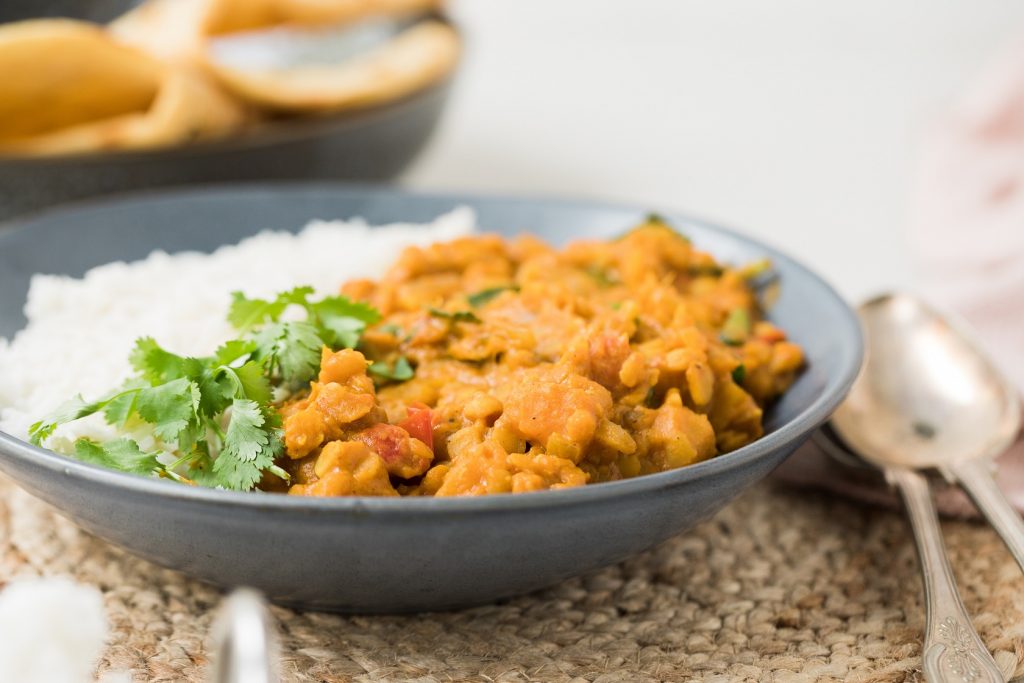 Madhur Jaffrey, the Queen of Indian cuisine, writes of the importance of dal when she says in her Curry Bible “you can take meats and fish and vegetables from an Indian, but you cannot take away his dal – the core of his meal”. Technically dal (also known as dhal, dahl or daal) is a […] 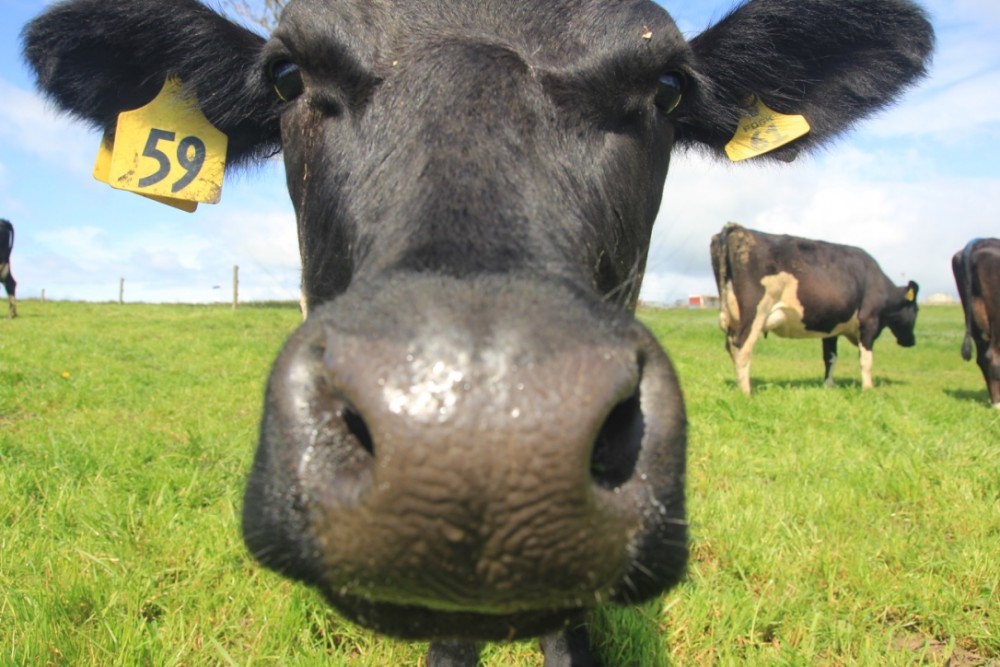 Vicki Ravlich-Horan examines what she eats and its impact on the planet. She asks if continuing to eat animal products is the new version of climate change denial. And is veganism the way forward?   In an age of fake news and agenda-driven ‘documentaries’ it is harder to find and understand the facts of an […] 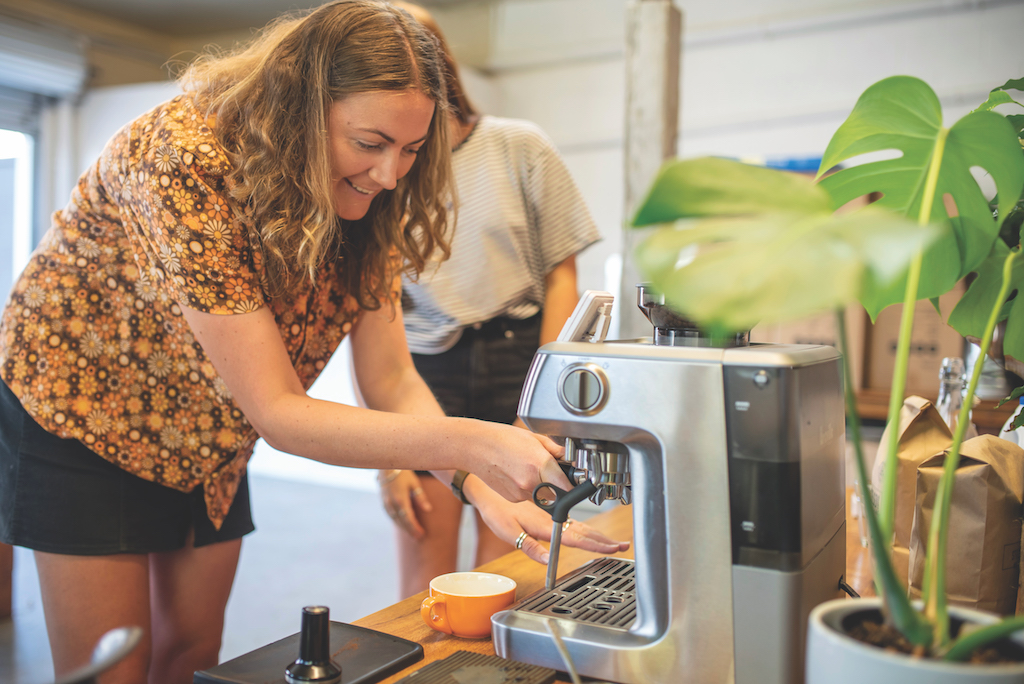 Words Kate Underwood, Images Brydie Thompson Making barista-style, espresso coffee at home can be a combination of intimidating, empowering and unavoidably messy. But one thing is for sure, the more you know, the better you’ll brew. Chances are, either you, or someone you know, has an espresso machine sitting proudly on the kitchen bench. Whether […] 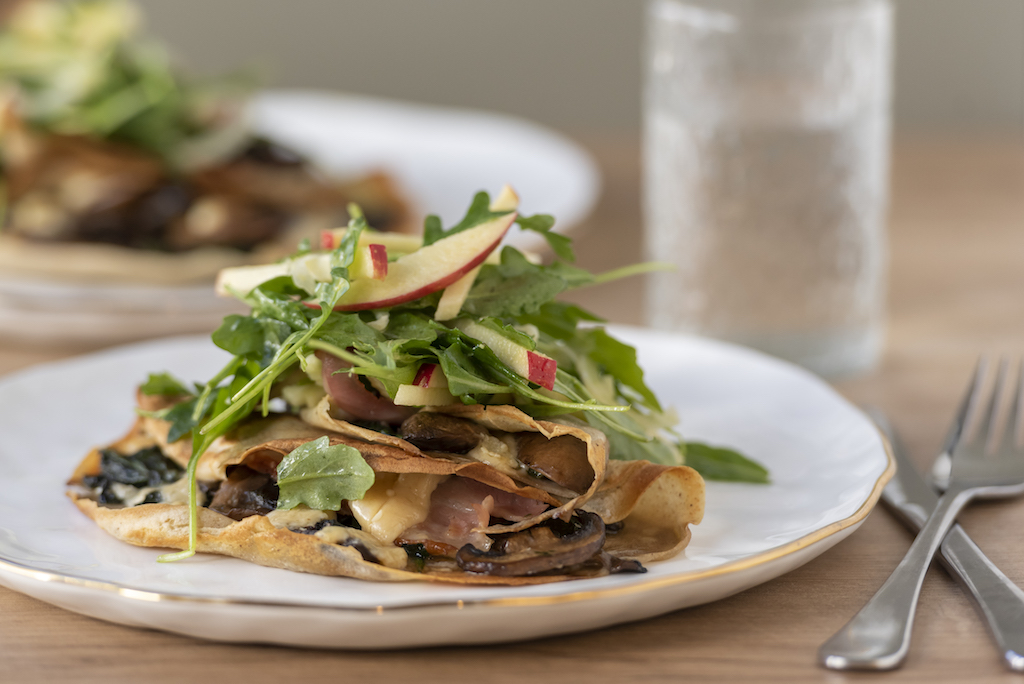 The buckwheat in these traditional style crepes from France give a nuttier flavour, and I have paired this with a fresh autumnal salad of rocket, fennel and apple. Trust me, together they are sensational. For the crepes 1 cup buckwheat flour ¼ cup flour ½ tsp salt 2 eggs 2 cups milk 20g butter Mushrooms […] 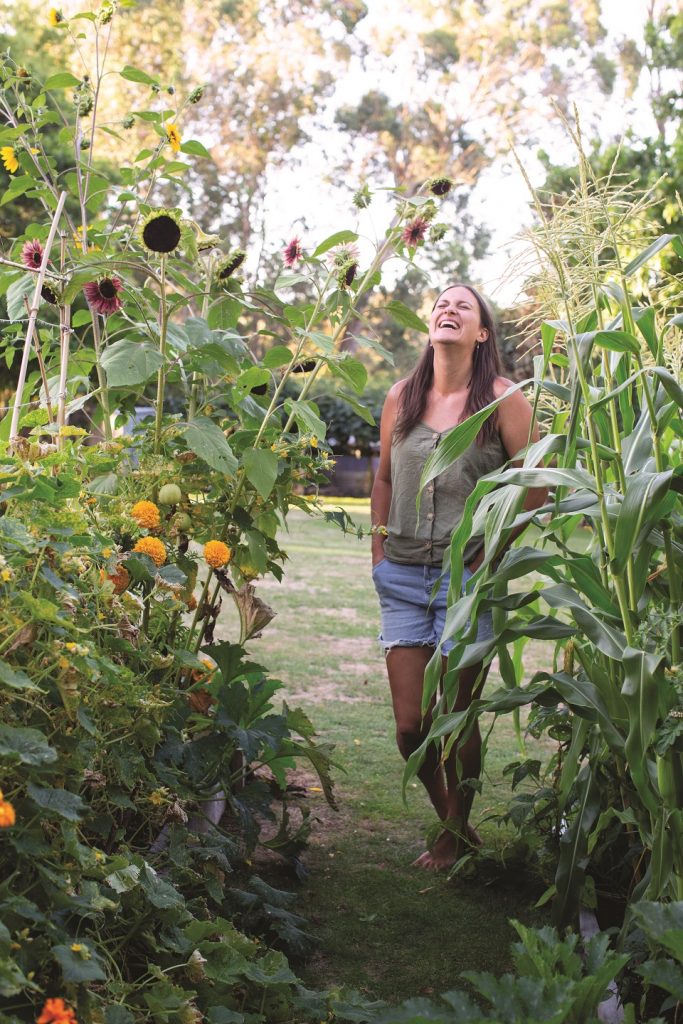 Words Denise Irvine, Images Lottie Hedley, Recipes Emma Galloway From high school onwards, Emma Galloway copied recipes that appealed to her into notebooks. The recipes came from everywhere—newspapers, magazines, books, and so on—and she carefully (obsessively, she says) added them to her collection. More than two decades later, Emma still has her old handwritten notebooks. […]

Got to the Truffle 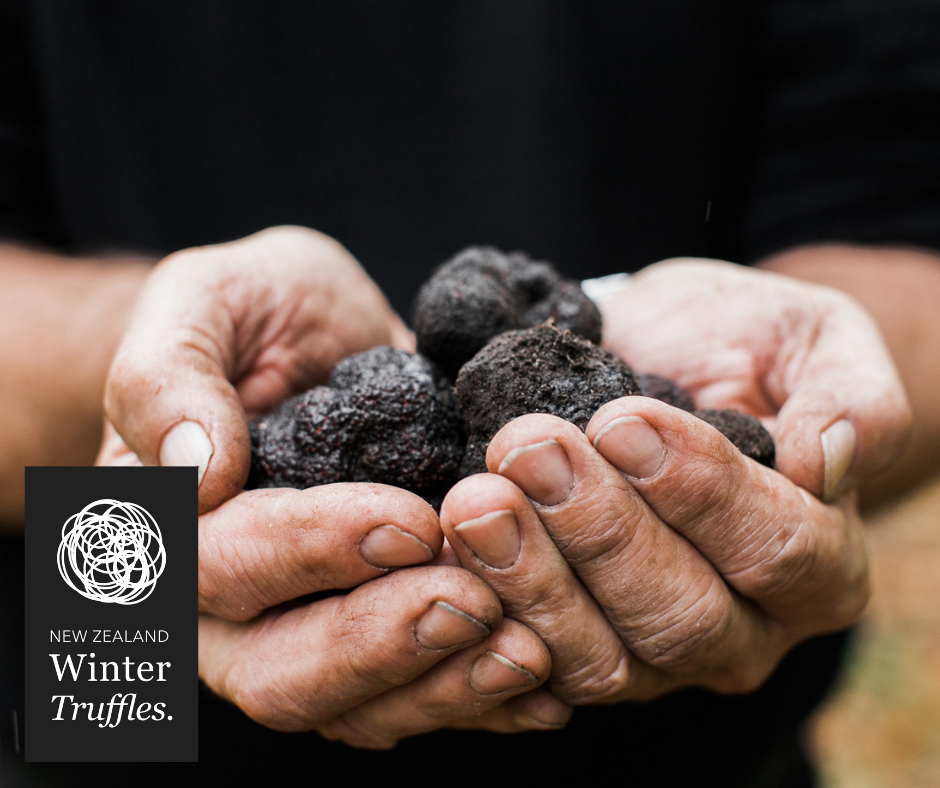 The elusive truffle (tuber melanosporum), the sought-after fungi with a unique flavour that gets chefs and foodies alike is no longer just a dream in New Zealand with a mushrooming industry of truffle growers (or truffière). Did you know there are around a dozen in the Waikato and BOP alone? Award-winning chef and owner of […]

Waste Not Want Not 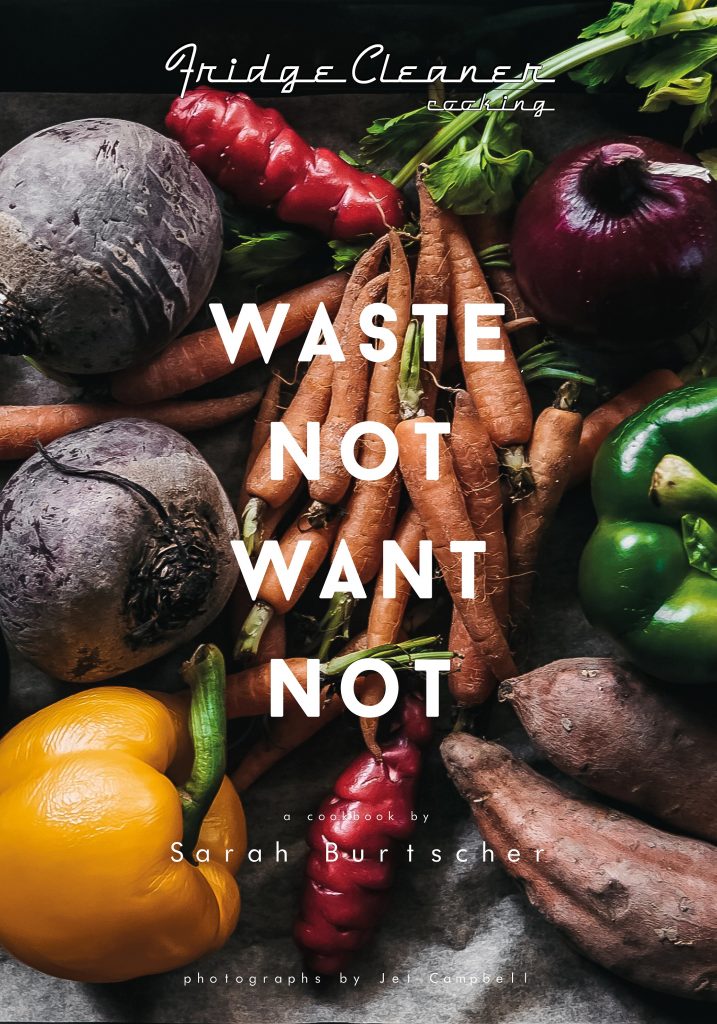 Reviewed by Vicki Ravlich-Horan  Recipes by Sarah Burtscher Food waste, it’s a bigger problem than plastic yet one many of us are not concerned about.  What’s the harm in throwing that crusty dry loaf of bread away? Or that over ripe banana you know no one is going to eat? The problem is this all […] 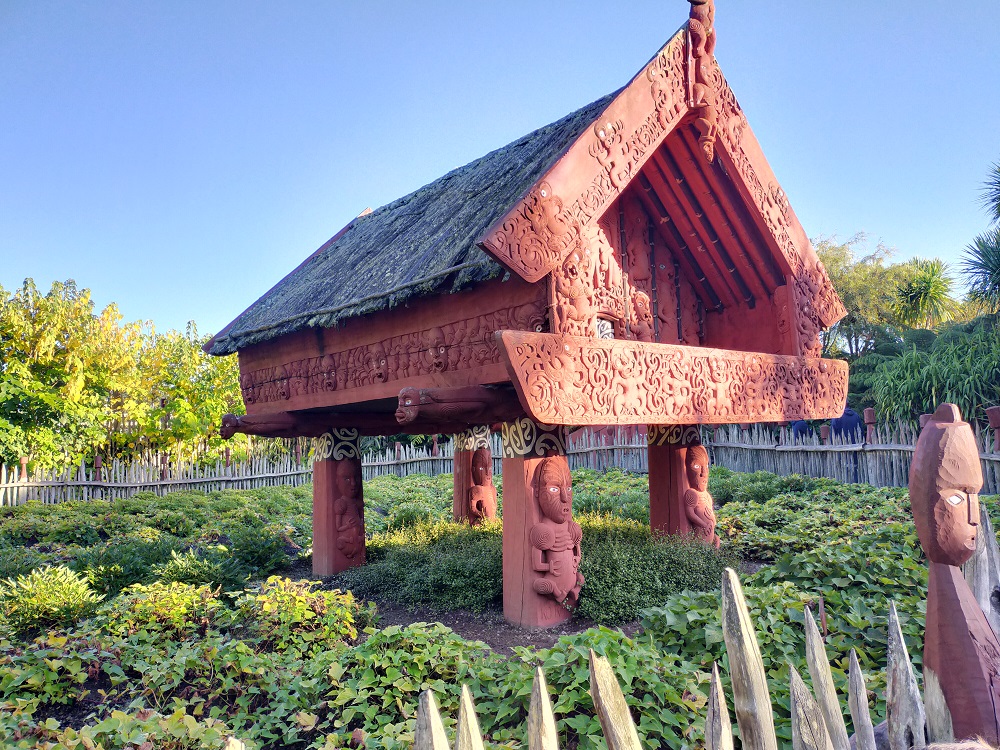 Words David Wrigley, Images Vicki Ravlich-Horan It’s Wednesday the 28th of April, one of those beautiful, early autumn mornings that the Waikato does so well: wispy, high clouds in a glorious deep blue sky, the year’s first threat of frost in the air. The full moon lingers above the western horizon. The Hamilton Gardens are […]